THIS IS A FUNDRAISER FOR EEFC HONORARY FIRE FIGHTER DAKOTA DICKERSON.SUNDAY NOVEMBER 23RD AT 1:00 PM$5.00 DONATION - PUT A PIS IN THE FACE OF CHIEF 60 (LESLIE YOUNG)
News
MONTOUR COUNTY BURN BAN UNTIL MAY 10TH

There is currently a burn ban in Montour County until May 10th.

WHEREAS, the County Commissioners of Montour County are desirous of providing

for the health safety and welfare of the people of Montour County; and

WHEREAS, the Commissioners, in cooperation with firefighting organizations and the

Pennsylvania Bureau of Forestry, are desirous of regulating the outdoor burning; and

WHEREAS, the Commissioners are desirous of protecting the people of Montour

County of the dangers and threats of uncontrolled and unsafe fires.

NOW, THEREFORE, BE IT RESOLVED, open burning is defined as the ignition and

paper, vegetative matter involved with land clearing or any sort of debris) out of doors in

either a bum barrel (screened or unscreened) fire ring, or on the ground. The use of

propane or charcoal briquette grills, or the use of tobacco in any form is not covered

under this act. Campfire in fire rings that confine and contain the campfire, and where all

campgrounds are allowed in fire rings that confine and contain the campfire, and where

all flammable materials have been removed for a radius of five feet.

Prior to the adoption, the County shall have received a written recommendation from the

or at least 50% of the fire chiefs in the county, whichever, is less, requesting a temporary

Any bum ban imposed under this section shall remain in effect for no more than 30 days.

The County Commissioners, upon the recommendation of the district forester, may

extend the ban for up to an additional30 days.

Any bum ban imposed shall supersede any municipal ordinance to the contrary.

Any sworn police officer when available, including the Pennsylvania State Police, shall

be responsible for enforcing the provisions of this act.

Whenever a violation of this act occurs in a borough or township, which has in effect an

ordinance prohibiting open burning, the police officer may cite the violation under either

the municipal or county ordinance in the County, but not both;

A person who violates this act commits a summary offense, and shall, upon conviction,

be sentenced to pay a fine of not more than $100 for the first offense; $200 for the second

offense and $300 for the third offense.

The resolution, under authority of Act 1995-52 of the General Assembly of Pennsylvania,

shall require a minimum of 48 hours prior to the imposition of a county-wide bum ban. 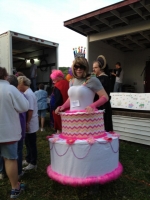 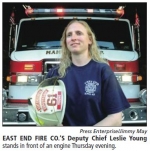 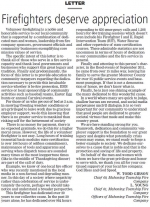